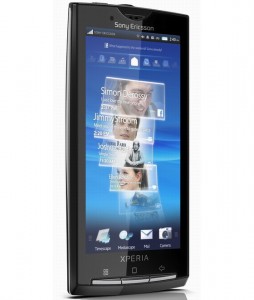 Sony Ericsson announced during a press release this week their new mobile phone model: Xperia X10. In their statement they gave us some features and specifications so we can compile and make a preview of what we expect to see from this new phone.

Sony claims the phone will come with 1Gb internal memory and will support as operating system, Google™ Android Donut, version 1.6. For further extension of the internal memory, microSD card is supported. The processor is powerful having 1GHz-Qualcomm Snapdragon™ QSD8250.

We announced in the beggining of the post various application so now we will extend and see what is all about.