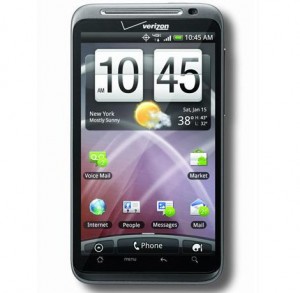 With the Thundebolt announcement made just few weeks ago, HTC clearly stepped into the future. To make you believe this just take a look at some of the features that will make this smartphone so especial: the support for the next LTE Verzion wireless network, a 1 Ghz processor and an 8 megapixel flash camera.

It has 8GB storage which falls a little short because the iPhone has max 32 GB memory, but that won’t be a problem as it accepts microSD card with capacity up to 32 GB. On the other side, it features 768 MB RAM and this will make it one of the fastest smartphones.

ThunderBolt uses Android 2.2 Froyo OS and is powered by a 1GHz Scorpion processor plus an Adreno 205 GPU.

When talking about display, it has 4.3 inches TFT capacitive touchscreen display with 16 million colors and 480 x 800 pixel resolution. In addition to that, the accelerometer and proximity sensor along HTC Sense 2.0 UI make the media viewing excellent. For Audio experience this phone has Dolby mobile sound enhancement (DNSe) and also a 3.5mm jack for headphones and loud speaker.

When released, HTC’s ThunderBolt will also have 3G networks Rev. A capable of a speed up to 3.1 Mbps and LTE respectively. For data transfer on WLAN it has Wi-Fi 802.11 b/g/n, DLNA, microUSB 2.0 and Bluetooth 2.1 with EDR.

As we already told you before the Thunderbolt phone has an 8 megapixel camera with autofocus and two LED flash. It is capable of recording HD videos(at 720p). The secondary camera, situated just above the display, it has 1.3 megapixel and is perfect for a frontface chat conference. 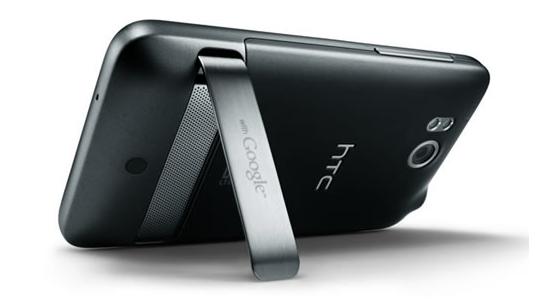 Additionally, ThunderBolt will offer interesting services such as SMS with threaded view, multimedia messaging, instant messaging, email, push email and also an HTML browser. It also will come with GPS, Social Service Integration with video calls and Skype(ThunderBolt will be the first Verizon wireless phone to host Skype Mobile which allows video calls using the front and the rear-facing cameras), digital compass, Google mail and Google applications, Mp3 and WAV player for audio and DivX player for video, Organizer, and Document viewer.

Other marvelous thing that comes with ThunderBolt will be its ability to support simultaneous voice and data communication, like enabling users to surf the web and call somebody at the same time where LTE service is available-not all LTE smartphones are able to do that. Another great new feature that smartphone will be able to support:  if a user that is making a call in a 4G LTE area moves to another location where the service is not available, the data portion will be suspended and the call will continue.

This isn’t your dream phone. It’s the one after that. With instant uploads and downloads and more, the HTC ThunderBolt 4G brings you the future, faster. There is a great probability to believe these words because ThunderBolt smartphone will have the latest HTC’s user interface called Sense 2.0 which allows users to customize their ‘dream phone’ as they need it to be.

HTC ThunderBolt 4G smartphone will be released in March and according to BestBuy it will cost $249.99 on a two year contract agreement.