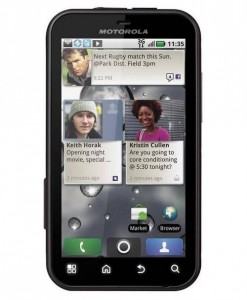 Motorola Defy is another Android smartphone that has  all the necessary features plus something special, something to be highlighted and something that will separate it from other smartphones. It has been drowned in the swimming pool, tested with snowboard and even dropped on the ground with a little boost to the gravitational force, but it survived. This is the first perfect rugged smartphone though it does not look like one. Rather it looks like usual smartphones with reasonably small and slick size though the rugged phones are generally intended to look tough.

This is a Gorilla Glass touchscreen phone with 3.7 inch display which is resistant to scratch even in extreme pressure. All the ports like the 3.5 mm jack, USB port are sealed tightly to ensure the water resistance though it may feel disturbing sometimes if you use those frequently.

The Gorilla Glass display is pretty simple with nothing very high-tech and it is very responsive like other capacitive touch screens. Like DROID or DROID 2 it has a resolution of 480×854 pixels which makes it easier to read smaller texts and bright images. Another mentionable quality of its display is its readability under the sunlight. Many devices with AMOLED display are not as good as this one in this case, but there is one point that can be important to few users. The display starts to fade if it’s bent more than 30 degree in any angle and the touch does not work when its wet in case you want to play audio or do anything else underwater.

The interface of Motorola Defy is nothing special compared to other Android devices. It’s a letdown that it runs with Android 2.1 near the release of Gingerbread though 2.2 will be available for download for this device. Update is not a very tough job as it has the FOTA (Firmware Over The Air) technology. You do not even have to connect your phone to the pc to update the firmware. Another negative aspect of this phone is Motoblur. This social networking suit is really a pain to the users till now which keeps downloading your updates for hours if you miss some days to log in. It’s like forcing you to log into Motoblur regularly to avoid the data overload. The phone may feel slower if you have used any recent high spec smartphone as it is powered by a 800MHz TI OMAP 3610 ARM Cortex-A8 processor which is an average processor to run Android 2.1. 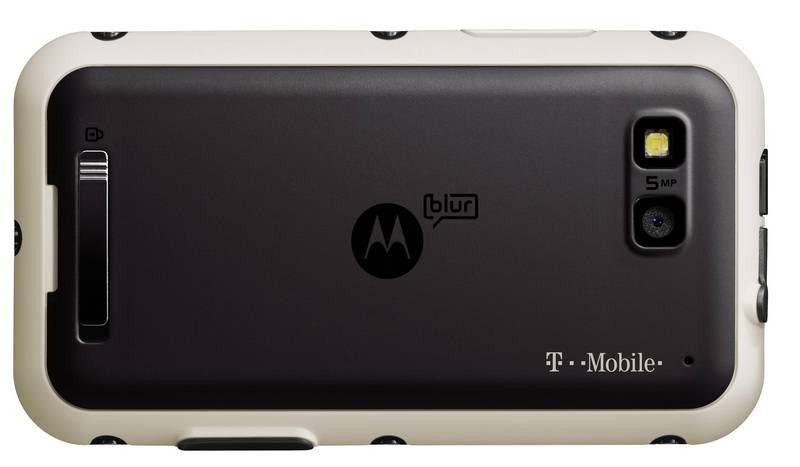 The quality of the pictures taken by the 5 megapixel camera is good, but there is a great big disadvantage in using the camera for its touch screen shutter as it has some disturbing consequences. As there is no physical shutter button, the whole process of taking a shot becomes a bit delayed. After you touch the virtual shutter button at first it will focus and then it will take the shot. Waiting for seconds is actually whole lot of time in case of taking a picture. The video recording (resolution 640×480 at 30fps) is like any other average smartphone, though it’s better than many other phones by its quality with the same capabilities. The audio player is feature rich and the video player is fast and smooth to play videos even up to the resolution of 1280×720 pixels.

The connectivity of Defy is up to the mark with everything like Bluetooth 2.1, Wi-Fi, quad band GSM and tri band UMTS. As an addition there is a software which will enable this phone to call over Wi-Fi network. Voice clarity is alright though everyone is not happy with the quality.

Altogether, Motorola Defy is a mid-range phone that justify the price with its satisfactory level performance and features. It is available at $99.99 with contract and targets smartphone users that tend to drop phonee on the floor and into water regularly. 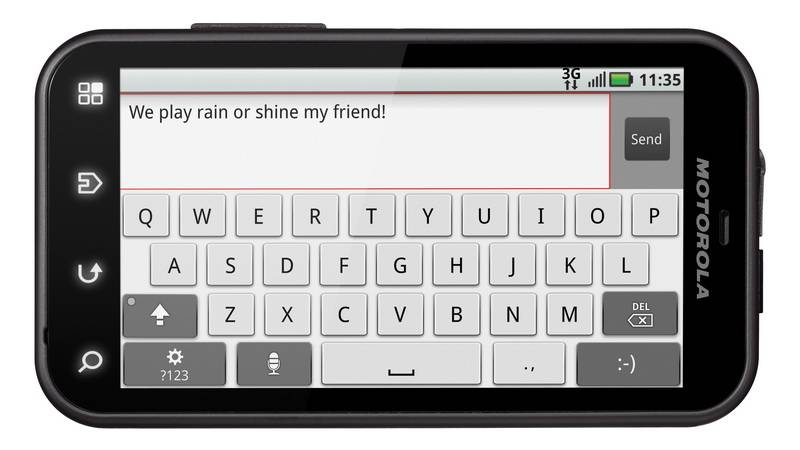