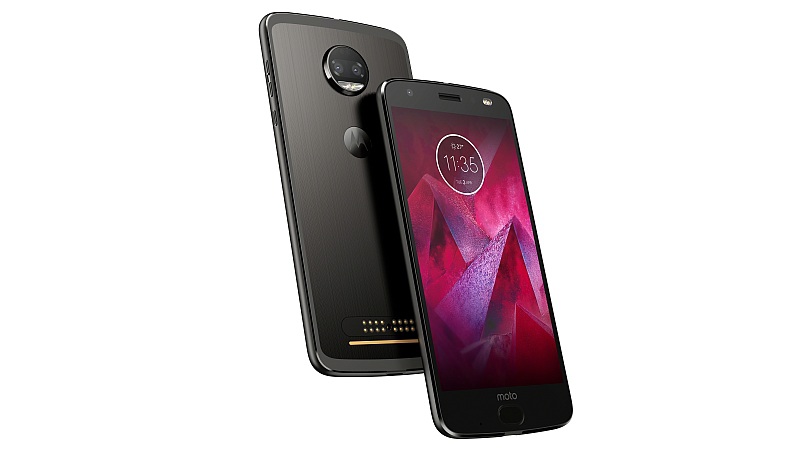 Lenono has announced their Motorola phone, their latest in their Z Force line, which gained a reputation for its virtually shatter proof screen.

The Moto Z2 Force is similar to its predecessor. It maintains a similar design with rounded corners and a size meant to fit easily in the hand (no phablets here). The screen uses their patented ShatterShield technology. The plastic screen can withstand most abuse and is the most indestructible currently on the market. That makes it prone to scratches, but a simple screen protector would take care of that.

Under the hood we find an Octa-core CPU with four 2.35 GHz and four 1.9 GHz combined, and a Qualcomm Snapdragon 835 processor. Its GPU is an Adreno 540. All in all the phone’s speed and graphics are pretty high end, keeping up with most of the current mid-price releases that have been hitting shelves this year. The 5.5 ” screen is a bit on the small side, yet that seems to be the selling point for consumers who aren’t a fan of clunkier, harder to hold models that bump up the screen size.

It comes with 4 GB RAM and 64 GB on board storage, expandable up to 256 GB with a microSD card. That is a little low, though if you consider how many phones have axed expandable storage altogether it isn’t a bad deal.

The cameras are a unique upgrade. There are duel 12 MP cameras, one in monochrome and one in colored shoot. The images captured are extremely crisp and high resolution. This may be the best camera on a phone this year, something Motorola is proud to point out in presentations.

Unfortunately they are not pricing this as well as you would hope. Everything above points to a decent phone with the added benefit of it being sold at all carrier, not in limited release attached to a single provider. But it is $720, a price tag that puts it in direct competition with handhelds like the Samsung Galaxy S8.

While the Moto Z2 Force is a good phone it just doesn’t live up to the cost. If they brought it down by a couple hundred dollars this could end up being a knock-out for Motorola, who have proven with their last Z Force release that it is a device that really holds up.

If you can get past the pricing the Moto Z2 Force is up for preorder today, with plans to ship August 10.