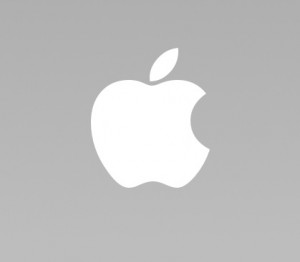 FairPlay DRM by Apple may have been the culprit to the app crashes the recently plagued Apple. They refused to take responsibility while it was happening, but in the aftermath they have now become concerned, but only slightly and certainly not about the developers who have been hit by the crashes.

Last week’s Thursday fiasco crashed more than 100 apps and impacted untold numbers of customers around the world. Until late Thursday Apple has refused to take the blame. Then they at least acknowledged it had been one of their servers, but only after it had been resolved. They still ignored the full consequences of their blunder.

Apple claims that one of their servers went rogue, generating DRM for apps as they were being downloaded, particularly updates. Apple swears that not many users had been impacted by the app-crashing bug. The user, after having just updated their app, were met with a crash before the splash screen hit. The app was then crippled.

If a user had been affected, they are supposed to simply download the app all over again straight from the App Store. This would solve the bug, but users are warned not to delete their program prior to download, since it will cause their settings to be lost. Apple does not say what developers must do to recover their markets where their reputations were tarnished.

While Apple did not admit that their FairPlay DRM was to blame in specific, other developers believe it was, indeed. Among them are Igor Zhadanov, CEO of Readdle, and Francisco Castillo, CEO of Fugitive Pixels.
Is it possible Apple allowed this to happen in order to tarnish the reputations of the many developers of the programs involved? Apple claims the damage was limited to the few users affected, but the neglect the developers who felt the affects of the bug.

Marco Arment, inventor of Instapaper, tried listing all of the applications hit by the crash bug. He was overwhelmed by so many support emails that it was near impossible to continue. In fact, the Twitter messages factored in, he finally gave up. As soon as his new apps update was online he was hot with support requests.

Joe LeBlanc, who develops Metronome+ said his users in Japan, Korea, U.S., France, and Germany deluged him with email support complaints immediately when he posted the update. In fact, he complains, “I am furious, because reviews are already showing backlash as a result of my app being crippled by the update. Nine 1 stars is a clear example of this in Japan, which is our primary market.”

Castillo, creator of Guerra por Votos, is among the smaller developers who may never recover from the disaster, in spite of Apple’s insistence that their flop only impacted a handful of customers. Castillo cries out, “I am so pissed off!” He speaks for many of the developers shafted by Apple. Perhaps we will see some of them jump boat to develop for Android.