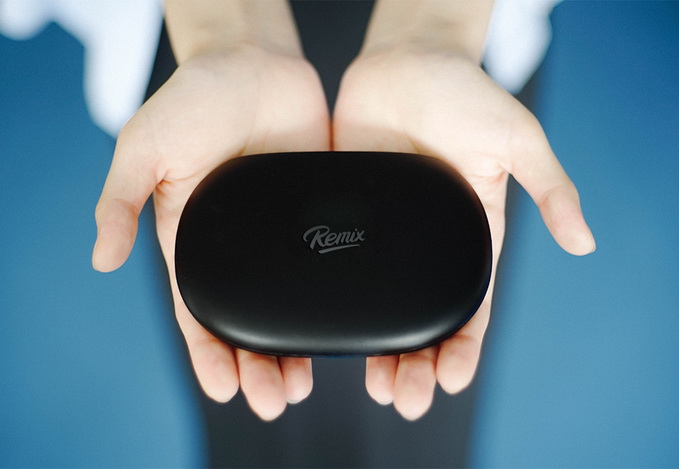 The Remix team has design the first Android-based PC, called Remix Mini. This device is an Android-based tablet that functions like a PC with taskbar and menu with an aim to make tablets less of a toy and more of a productivity device.

PCs are normally bought for their specifications, and normally a selling point of a PC is how many power is in the tower. For many users, though, all the strength of a PC is used to surf the web, stream media, study or to do business. Not the type of work that requires a powerful processor with a large amount of RAM. The Remix team saw this and has created an Android OS based PC that sacrifices powerful specs for simplicity and function.

Remix is essentially an Android OS, the Lollipop edition, redesigned to be made with productivity and functionality in mind. The Remix team see that people are used to and like how PC OS’s function. Users like the taskbar and menu functions to be used in combination with the desktop.

Android has a lot of pluses, but searching through the apps can be a hassle if your home screen is filled or if you get an Android device that comes filled with bloatware. The taskbar and menu give Remix’s Android OS the feel of a more PC-like device without the need of a PC or a Windows OS.

Remix, unlike other OS designers, aren’t relying on other people’s devices to launch their product but creating and releasing their own. This way, Remix are able to design an OS and device that works together in ways that other OS’s and devices don’t. The Remix Mini is an Android based PC is the first of its kind.

The specs are small, with a 1.2GHz quad-cord Cortex-A53 (64-bit) Allwinner, with an 8GB storage and 1GB RAM device and a 16GB storage and 2GB RAM in the devices. For someone who only wants to do the basics and everyday computing, this is decent and affordable.

The Remix Mini will allow you to use the Internet, to use office programs, gives you access to all the apps on the Google store (Over 1.5 million apps are able to be accessed.), to download and stream multimedia and to be used as an everyday device. There are 2 USB ports, an HDMI 1.4 port, Ethernet port and headphone port. The device is Wi-Fi and Bluetooth enabled and has a micro-SD slot.

Remix Mini 1GB standard model is $30 plus postage and the 2GB model is currently on an early bird special is $40 and postage starts in October.