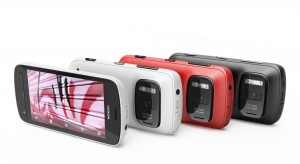 Probably the most amazing news was the 41MP camera on the Nokia 808. Amazing, but true! You read correctly, forty-one mega pixels. Like it or not, the Lumia 900 is being released in Europe and Canada. Nokia’s bottom of the barrel phone, the Lumia 610 is ready for release as well at a very low price.

This 808 has the Symbian OS. We all thought Nokia had completely given up and jumped ship to Windows, but we see one straggler. Despite the conflicting OS choice, the hardware is rock solid. The Nokia 808 is powered by a 1.3GHz single-core, but is has a 4” 640×360 AMOLED screen, at 16:9 ratio nHD display. The internal memory is 16G, sufficient for most applications.

The real beauty is the Carl Zeiss optics on the camera and 41MP of pure perfection. However, even Nokia almost admits it’s too good to be true. PureView technology combines 7 pixels into one. So Nokia suggests that nothing over 5MP is necessary with the camera. One application where it shines though, is low light conditions. Clear shots are possible. This is considered loss-less zoom at a max of 3x. Are the shots really that much clearer? I doubt the 41MP can be justified.

Sample photos provided by Nokia reveal that there isn’t the kind of clarity you would expect from anything bigger than a 5MP. So Nokia is right, but this begs the question, “Why do I need a 41MP camera?” The answer might be, “Just because I can.”

It adds a lot of weight to the phone and juts out the front, though unobtrusively. I doubt anyone will tolerate lugging this monster around in order to have 36 more MP than they need to take photos.

Another showing Nokia made at the MWC 2012 was the Lumia 610, very affordable Windows phone. The Nokia 808 will go down in the annals of the MWC, but Nokia is trying desperately to capture some of those dabbling in the smartphone market. 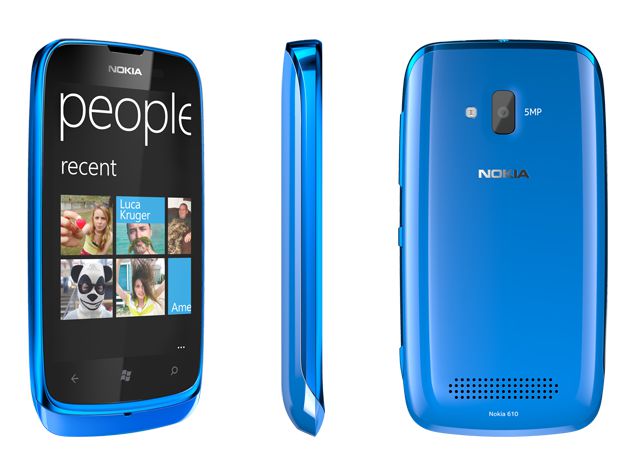 Everything is toned down to lower the cost, but you might like the choices. The CPU is 800MHz and the screen a 3.7” 800×480 WVGA. Its memory sits at 256M, there is a 5MP camera and 8G internal storage. Finally, while it’s not Windows 8, it’s the next best thing at Windows 7.5 (Mango). Now you see how Nokia got this across so cheaply. It would be hard to argue that they cut the wrong things, though. Just the CPU will reduce the cost significantly.

The Nokia suite will be thrown in as well, like Nokia Maps, Nokia Transport titles, Nokia Drive, and Nokia Music. It is amazing they could afford do this, but Nokia still has some tricks up its sleeve.

So, while the Nokia 808 is way over the top with its unnecessary 41MP camera, the Nokia Lumia 610 may be exactly what many clients need in a phone.