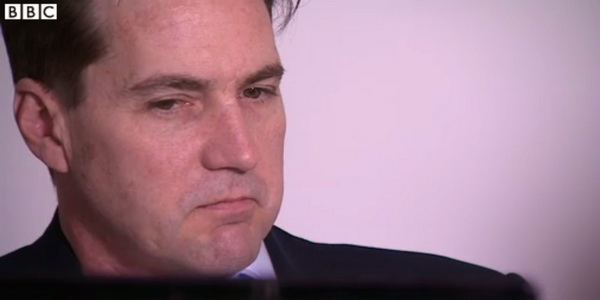 After years of speculation, Australian entrepreneur and computer scientist Craig Wright has outed himself as mysterious BitCoin creator Satoshi Nakamoto.

We have previously done two stories on the strange story of recluse and believed BitCoin founder Nakamoto. First was the reveal of who he was believed to be, a 64-year-old Japanese-American man living in California. The second was on his vehement denial that he had anything to do with the crypto-currency.

Now it looks like he may have been telling the truth about his lack of involvement.

Craig Wright, a well known technology expert in Australia, has come forward claiming to be the creator of the controversial payment method.

Providing both technical proof and other forms of evidence to BitCoin experts across the globe, his claims have so far been corroborated. It looks like Wright could very well be the founder, and the man behind the name Satoshi Nakamoto.

Three media outlets have also come forward saying that the information is correct. Wright gave info to the BBC, The Economist, and (for reasons that only make sense to him) GQ magazine. All three say the burden of proof has been fulfilled, and that Wright is, indeed, Nakamoto.

Not everyone is happy with this evidence. The biggest smoking gun was a collection of signed cryptographic keys. Each one held Nakamoto’s signature, verifying his identity.

But many people in the BitCoin community have pointed out that these could have been old signatures possessed by anyone able to get their hands on it. Could the real founder have provided them to Wright in order to give him legitimacy? Could he have gotten them himself?

Conspiracy theories, from hacking to blockchain pulling have been suggested across the web. Reddit is currently losing its mind deconstructing Wright’s story.

One thing is for sure, and that is that no actual proof have been provided to the public. Three publications have seen evidence, two our of three have announced their support of his claims. The Economist has not confirmed or denied his identity, reserving their opinion until more information is released (for now).

So basically we have one major media outlet saying yes, one saying they don’t know, and a men’s lifestyle magazine best known for publishing images of Ryan Reynolds and Justin Bieber saying he is who he says he is. That is hardly as impressive as Mr, Wright believes.