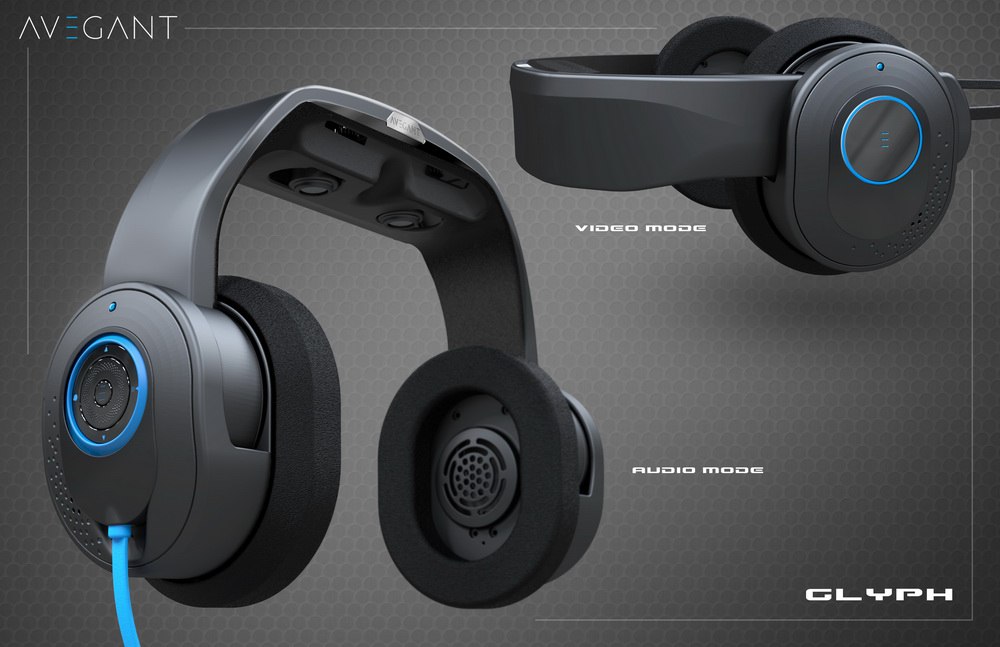 Of all of the many incredible gadgets shows at the CES 2015 show, Avegant’s Glyph virtual reality headset is among the more intriguing. But as we continue into the early stages of genuine VR, it is more about design than function.

The Glyph is most fascinating due to the way it looks: like a pair of headphones. A big pair, yes, but stylish enough to compare in look to the inexplicably popular Dre Beats.

While I would never suggest anyone fork out the cash for a pair of Beats (seriously, just don’t), the Glyph is a much more worthy expense. It functions as a pair of high quality headphones that can then be turned over the face in a kind of visor for VR use.

Rather than creating a display, it makes your eyes the display. Through retina projection you will see the images within a 45 degree area, with your peripheral vision unaffected. While this somewhat ruins the immersion, it does make it more functional.

On the downside, you still look like your are doing a Geordi La Forge impression. On the plus side, it is not nearly as bad looking as something like the Oculus Rift, which no one in their right mind would want to have on in public.

According to their marketing, this is a device really aimed at travelers. Ideally, you could sit in an airport or get on a plane, and use this to play 3D games. Because you still have environmental awareness, you wouldn’t lose track of time, miss boarding announcements, or run into other issues.

It could also be a good option for frequent long-commuters, if you don’t mind looking like a bit of an idiot on the bus or subway. Which, given some of the people I have seen on public transportation, you shouldn’t.

To me personally, the biggest benefit of the Glyph is the fact that it doubles as headphones in a full audio mode. The nature of the device should lead to less sound bleed through, and for the price ($599) the quality should be high.

So, is this perfect? No, but it is a significant improvement from the first prototype, a much less sleek looking and functional version back in 2013.

All in all, what the Glyph shows us is the need for innovation in the world of virtual reality. While most brands are opting for the 360 degree experience in devices, a new subtype is starting to gain steam that makes them more casual. That is a great thing.