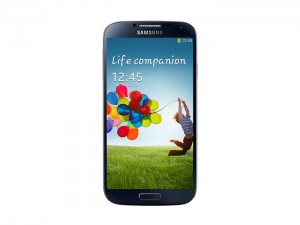 Samsung had just unveiled Galaxy S4 and we should talk about it. Don’t be too excited because frankly Galaxy S4 is all about software. You’ll see what I mean in a split second. Before going deeply into it, I have to say that Samsung Unpacked event was one of the strangest product announcements I ever watched. I know the venue was Radio City Music Hall from New York City, but seriously Samsung, were you kidding?

The  event was just like a live theatre scene with actors that were put in several plays too highlight some of the key features of the Galaxy S4. For those who were experiencing the Unpacked event live at Radio City Hall I’m sure it was entertaining, but for those who sit in front of a computer it was a weird and awkward. No one wanted to see an orchestra that would go under the scene or a lot of actors playing various situations. But maybe that’s because Samsung Galaxy S4 comes with a list of software features that no one ever thought 2-3 weeks before.

Ok, so by now we learned that the new Galaxy S4 looks a lot like the S III. The good news is that it packs a bigger screen and thin bezels which makes it look actually awesome. The 5-inch Full HD Super AMOLED display scores a pixel density of 441 ppi so you won’t have to wonder about clarity or other issues.

The other specs worth to be mentioned are: the battery(2,600  mAh), the 13-megapixel rear camera and the Exynos 5 Octa 5410 CPU. This monster CPU along 2 GB of DDR 3 RAM will power Android 4.2.2 and the latest version of TouchWiz user interface.

To make a phone relevant yet different than Galaxy S III Samsung had to make a trick. And they did it by customizing the Android with a lot of interesting features:

– Dual Camera allows you to simultaneous use both cameras and shoot pictures while selecting from a list of 8 possible ways to combine these cameras. Dual Video Camera does the same thing when you are in the middle of a call with somebody and you can show him what both cameras are capturing at the same time.

– Sound & Shot allows you to capture the sound that is around when you are taking a picture.

– S Translator is a text-to-speech and speech-to-text feature that instantly translates what is around or what’s inside an email, text message and ChatON.

– Smart Pause feature can detect whether or not you are looking at the phone and if you are playing a video and you don’t look at your phone, it automatically pauses the video. When you look back at your phone, the video will resume.

– Smart Scroll recognize your face looking at the screen and based on the moves you are doing with your wrist it should scroll your page up or down.

– Air View feature gives you the power to use your finger and hoover over something to preview what’s inside (like  sneak a peek). Air Gesture allows you to swipe through pictures or scroll pages by swiping your hand, without even touching the screen.

– S Health takes advantage of the pedometer, temperature and humidity sensors to help you get as much information you want about our fitness activities and other usual daily activities.

As you might see Samsung Galaxy S4 packs some interesting software features in basically the same package. Fortunately, this package comes with a bigger display and a bigger battery, though personally I don’t like displays bigger than 4-4.3 inches. Samsung said Galaxy S4 will be available worldwide starting from April and that the price will be a like any “premium Samsung smartphone price”. Not sure if this phone blows any of you away, but based on how much effort Samsung invested in this marketing campaign, there will be millions of people wanting to buy it.