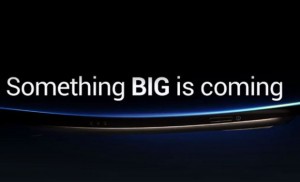 Ever since the announcement of the iPhone 4S and the passing of Steve Jobs, the technology aspect of the news has stirred up to be quite interesting. For instance, the pending release of Android’s new operating system: Ice Cream Sandwich(Android 4.0) and the next Google Smartphone called Nexus Prime.

Android OS and iOS are constantly in fight of which one is “better.” It’s very hard to answer such a question because both offer different marketplaces for applications and interfaces.

When speaking of Android, the device that comes in mind for a many avid technological consumers is Google’s upcoming handset, called Google Nexus Prime. A video provided by Mobilissimo.ro website leaked, showing us how Nexus Prime and Android 4.0 will look.

The rumors begun to flow around the name of the next Google smartphone; there were nicknames such as Droid Prime, Galaxy Prime. And the rumors continued to flow because this week there were reports about the specs of this new phone.

Some folks from BGR suggested that the Nexus Prime would have a TI OMAP dual-core processor at 1.2GHz alongside a 1750mAh battery and a 5-megapixel camera. On the other side of the technology forums, GSM Arena stated that the processor would be faster having 1.5GHz and the camera also with an 8-megapixel sensor. What’s more exciting is the battery: a 2050mAh battery! Those two speculations are extremely different in terms of performance.

If BGR’s statement were true, then the sales figures of this handset would most likely see a turn for the worst. However, if GSM Arena’s specs turn out to be the true, we could quite possibly witness on of the world’s fastest handset.

Are these rumors even reputable? Both BGR and GSM Arena are well-known sources of mobile devices (for the most part) and would not state just anything. Realistically speaking, rumors are usually not reliable and should not be taken as something serious. Look at what Apple ended up releasing, for example. Instead of releasing iPhone 5, we had the surprise to welcome iPhone 4S. Was there even a lower-end iPhone like many of the rumors suggested? No.

Whatever the case may be, whether the Nexus Prime will officially be announced with a 1.2GHz, or a 1.5GHz processor, everyone is excited to welcome the upcoming Google device. The official event was scheduled for October 11 during CTIA, but Samsung and Google decided to postpone it due “under the current circumstances, both parties have agreed that this is not the appropriate time for the announcement of a new product”.