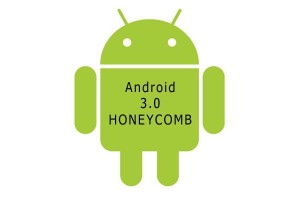 On Feb 2nd Google holded a press conference where they featured some of Android 3.0 Honeycomb features. The tablet used for this, was Motorola Xoom, which is now the first tablet that will use the new OS.

We begin and say that first of all there is a powerfully developed desktop appearance which makes navigation easy and smooth. On the bottom left of the home screen, there are back, home and multi tasking button. The multi tasking button, which is a new feature to Honeycomb, enables visual previews of recently used applications. On the bottom right corner of the home screen, there are icons for notifications of the system’s status.

With these entire multifunctional buttons placed at the bottom, the rest of the screen is dedicated for applications. “It’s not just a ware house full of apps” says Hugo Barra, director of PM in Android, “it’s an application development platform in itself.” The first cool feature of the home screen are widgets because Honeycomb platform enables easy and accessible visualization of widgets and it’s supported by multi-touch.  It has, for example, a stack widget which enables flicking through different applications.

In addition to this, Honeycomb comprises a cool notification system, nonintrusive, but containing more information than ever. For example, in background music play, you can easily pause, stop or change the music from the notification tray. Above this, the system tray on the new Honeycomb makes access to different settings, preferences, and notifications very efficient.

Android has also announced that it has added a new animation framework to enable developers to add powerful transitions to their applications.  In addition to this Android announced a new feature- Render script. Render script is built for a high performance interactive 3D interface. This makes navigation experience awesome and examples of these scripts would be: 3D video wall browsing and 3D carousel of books preview.

Now talking about the media capabilities of Honeycomb, it has support for video chat through front facing cameras and also a stunning camera app that enables the user to easily access different functions(including shooting a video and directly uploading it YouTube).

Current Android users should not worry if their applications are compatible with Honeycomb. Android has created a new application pattern that enables existing Android applications to run on Honeycomb.

The good news for developers come at the end, Android 3.0 Honeycomb will open incredible opportunities for developers to create their own applications and flexible ways to monetize them. And one more last cool feature is the Google Cloud Service that tie together different applications from different companies because the Cloud is the central point at which all the applications and services share information. So from now on everything is connected and the synching between two or more devices is successfully in just a couple of seconds.

We will be able to find out more about Android 3.0 Honeycomb this month because Mobile World Congress 2011(MWC 2011) is eager to open its doors at Barcelona.